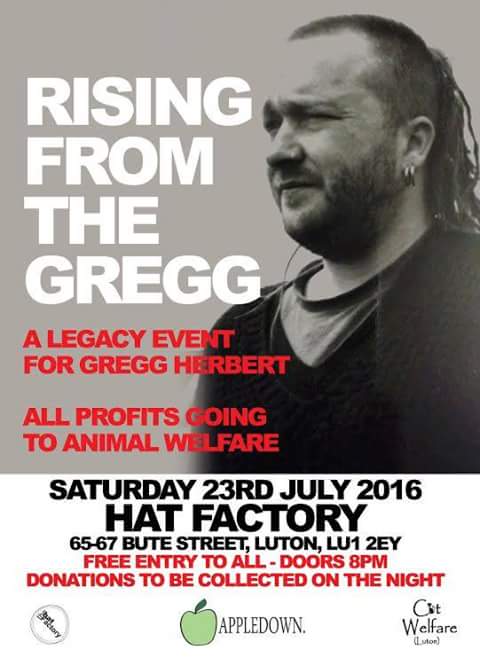 I shall be performing a small solo set alongside Irritant at my dear late friend’s Rising From The Greg tribute event at the Hat Factory in Luton on July 23rd. This is an event supporting local charities. Not too sure at this point, what exactly I am going to do on the night but I am brewing up some ideas that will involve my trusty guitar, we shall have to see what happens!
The entry is free. 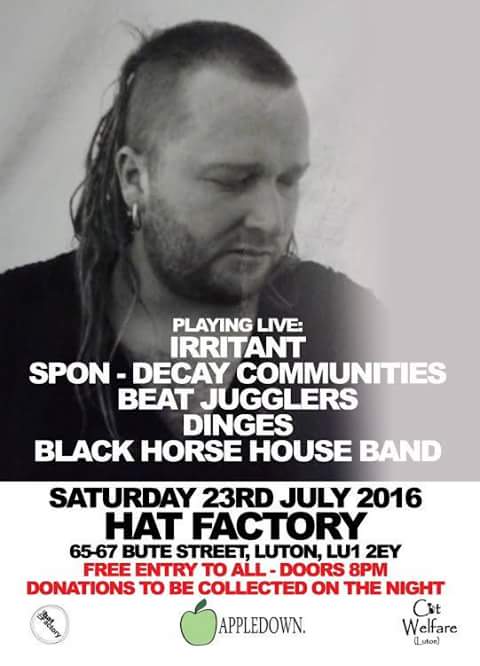 Rising From The Greg

I am looking forward to the Dump it on Parliament Revisited wrap party on Monday 20 June 2016,  8.00pm at Leighton Buzzard Library Theatre, which reflects on last years amazing project I had the honour of being involved with. On the night there will be an exclusive listen to the new post-punk compilation Dump It On Parliament Revisited before its public release on Friday 24 June. The album, which was recorded live last year at Leighton Buzzard Library Theatre, will be played alongside the first screening of the accompanying documentary film that explores Bedfordshire’s flourishing 1980’s post-punk scene.

and at UK Decay Communities 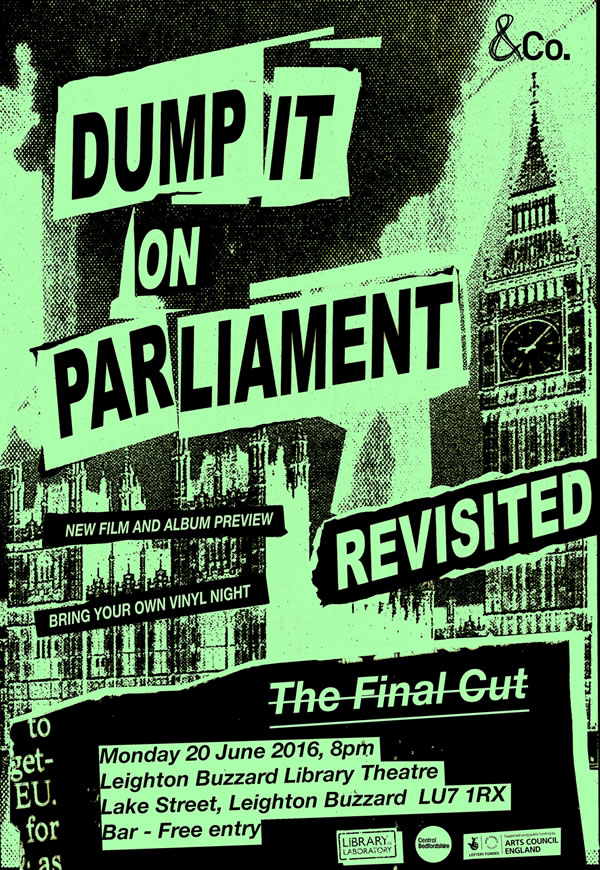 Dumping It On Parliament – The Final Cut – Wrap Party