From an artists point of view 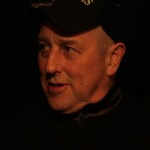 I am Steve Spon guitarist with the 1980’s internationally known post punk band UK Decay. I have always been a keen fan of independent record stores and as a band we would go out of our way to support the small retailers. However Record Store Day 2015 has unfortunately made us aware that some areas of criticism are rightfully justified. 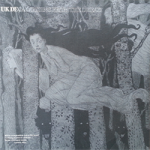 Rising From The Dread EP by UK Decay

We re-released 500 copies of our 1982 EP, ‘Rising From The Dread’ and presented it to Record Store Day 2015 as an ‘exclusive official product release’.
We had some debate within the band whether or not to go ahead with this, as there appears a growing amount of cynicism and controversy surrounding Record Store Day. In the end we weighed up the pro’s and the con’s and came out in favour of going ahead with the RSD release. In order to be considered for participation, the product needs to qualify for Record Store Day approval. RSD requires exclusivity and the label – which in our case is our own label, has to sign a contract with terms and conditions that prevent sale on the labels own Direct To Customer platform (in our case our on-line shop) until at least 7 days following Record Store Day and a guarantee of the delivery of the figure submitted, in our case; 500 pressed. If there are any unsold they will be returned to us at the end of that period that’s if none of the participating stores don’t re-order the product first.

Our product was pressed onto clear vinyl, had a glossy silver bag and included an insert, perhaps not the cheapest production but that is more or less how it came out back in 1982. The cost of the new press added up to around £2,000 for the pressing of 500. In order for the final retail price of £10.00. The distributors will buy from our label at £4.00 per unit. Thus on the 500 we might just break even on our £2k layout, if we are lucky.

One of the opposing debate’s within the band had been that we might instead sell 500 units directly on our website at a tenner each, thus grossing perhaps £5K , this might then leave us perhaps £3k profit which we could use on another project or pay towards the bands rehearsal costs etc. It may even have staved of the threat of visiting the food banks for a couple of hard up members of the band. We, like so many other musicians, have really suffered from the music business’s downturn in recent years.

Despite this we opted for RSD inclusion and hoped there may be a box or two of returns that we could eventually sell on our website. As I write this, we are still only half way through the RSD exclusive period. I have noted the ‘noise’ from our fanbase about the release with many making significant journeys to procure their copy; not everyone has been successful, as it appears some of the provincial participating stores had under-ordered. Our fans have made enquires to our website and we have released a statement asking interested buyers to call back once the period is over and we have received any returns.

Yesterday I viewed a thread on Facebook which was a conversation between a top manager at let’s just say a significantly important independent record distributor – and an important player in Record Store Day,  and with a big fan of my band UK Decay,  who also happens to be a collector of vinyl and band memorabilia. In the thread, the manager states there is just one box of our records left (even though we are only mid way through the exclusivity period) and makes it known publicly for all to see that he is selling our record to anyone for just £5.50!

The proper retail price for our record should be £10.00, on that basis we charged the distributors £4 per unit. The manager has abused our trust and goodwill here, if he can’t sell our record to the stores, surely he should return our records after the exclusive period. The last thing he should have done is use facebook to appeal directly to our fanbase to offer our product at a knock-down price. This undermines the spirit of Record Store Day, it undermines all those that have gone out of the way last Saturday to pay a tenner for our records at the stores, it undermines our ability to retrieve any unsold units and sell them for a tenner on our own website.
We signed up to an agreement of exclusivity for a period and this prohibited us from selling on our own website until the exclusive period was over. We had only just received a thank you email from Megan at marketing for Record Store Day, also reminding us not to list the product until the period was over. And here we had the manager of a major RSD player who should have known better, using an online platform to sell our records to our fans at knock-down prices. I can’t help feeling abused and wondering if this broke a moral if not legal duty.  The band as a whole have put a huge amount of hard work and money into producing the Rising From The Dread EP  and yet we have never earned anything from the record even though it made a high position in the indie charts in 1982.

One further point, one of the chaps, if you follow the Facebook  thread , was offered another “two or three (records) to flog on”, he accepted three eventually . A little later surprise surprise, there were fresh entries of our product for sale at an inflated £35.00 on ebay which I can only speculate and fear, was from our fan’s profile!

I feel Record Store Day  has sadly degenerated into free for all party romp for vinyl collectors and ebay spectaculars, some who appear to be embedded within the industry, at the expense of the punters and the labels and artists that provide the goods.

This site uses Akismet to reduce spam. Learn how your comment data is processed.

Currently Guitarist and Keyboards for UK Decay and Nostramus.
Previously guitarist for Pneumania IN Excelsis and Keyboards for The Big Eye.
I am now a Digital Audio Music Composer and Media Content Creator based in Ceredigion.

I left school and became a chef, but decided to follow a music career, playing guitar and keyboards. In 1979 I joined UK Decay, an iconic 1970s/1980s Punk Band which played an integral part in the early formation of the ‘Goth’ genre.

UK Decay self-produced their singles and two critically acclaimed albums, touring the UK, Europe and the USA. Reforming in later years, we last played at international festivals in 2019.

Later in the 1980s I played guitar with other bands, most notably for Pneumania, The Big Eye and In Excelsis. I developed my own style which became renowned for its raucous and temporal sound as I utilised various FX pedals to create my unique expression in this medium.

In the 1990s I became a music producer working on my own material and for many clients. I was based in a community recording studio and it was exhilarating to engineer projects for an eclectic range of different styles with local and international musicians.

I created the “Nostramus” project in 1995, writing material and producing singles and albums with invited guests.

I extended my involvement with music culture still further when I formed a community legacy punk website during the 90s, having at its peak, nearly two thousand users.

In recent years I continued music production for myself and others, also performing and producing a new album for UK Decay.

After moving to Ceredigion I began drone flying, publishing my films which are accompanied by my latest Nostramus soundtracks.