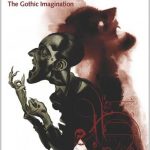 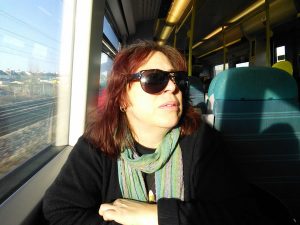 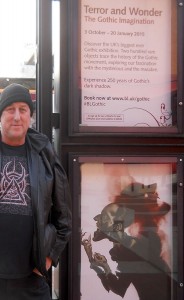 It was pointed out to me a few weeks back that one of our UK Decay records “The Black 45” was on display at the exhibition as well as a giant sized poster of the seminal “The Face of Punk Gothique” article written by Steve Keaton for Sounds in 1981 (he is still around but today uses his real name, Steve May). A number of years ago we visited the Tate Gallery for “Gothic Nightmares” exploring the dark and gothic side of art, this time the emphasis at the British Library was of course to be expected on the literature side.

So in a clockwise direction we headed into the crowds viewing each of the exhibits, starting with memorabilia centred around Horace Walpole’s “The Castle of Otranto” written 250 years ago , supposedly the first of the ‘Gothic romances’. There were audio clips and video clips to enjoy dotted around the exhibition with the ‘Bride of Frankenstein’ and Boris Karloff making appearances in the movie realm. A poster for the ‘Night Of The Demon’ loomed, a film that scared the shit out of me as a kid, me and a mate used to rent the super 8 version to play to the other kids in the neighbourhood in our very own ‘garage cinema’. A mention of how Batman was in some way inspired by Victorian bogeyman ‘Spring-Heeled-Jack’ here a spread of Police newspapers with an extended cartoon impression of the Whitechapel murders (Jack The Ripper).

The Wicker Man, The Birds, The Night Of The Living Dead, a Vampire slaying kit, Dracula, Frankenstein, Christopher Lee, Mary Shelley’s first draughts of the literary Frankenstein, Wallace & Gromit’s Were-rabbit sat alongside a host of early and almost unknown 18th and 19th century Gothic romances. Then there was Clive Barker’s Hellraiser, Stanley Kubricks The Shining and a selection of recent novels, films and TV, notably clips from BBC 3’s “In The Flesh” a Zombie/Vampire drama series. All in all fascinating stuff, camera’s were banned so unfortunately no pictures! However turning the corner into room 6 , the giant sized poster of “The Face Of Punk Gothique” can’t be missed, it hits you in the face! Sitting right underneath it is the inner spread out sleeve of the Black 45, alongside Bauhaus’s Bela Lugosi’s Dead – we took the opportunity to cheekily snatch a couple of photo’s at this point. They can’t actually do us for breech of copyright can they? 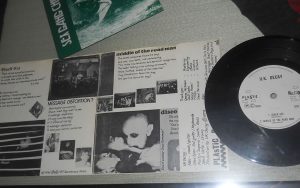 The Black 45 on display at the Terror And Wonder Exhibition 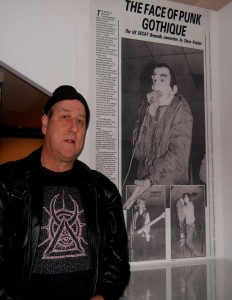 Spon at the The Face of Punk Gothique

Ella Jo joked about me turning into a museum piece now! Hey we are still active today and writing new stuff although the Black 45 is now pushing forty years , gosh!

The last room contained a series of photographs of the April 2014 Whitby Goth Weekend, of course pertinent to the band and myself as we performed there on that weekend. I saw the odd face in the photo’s that I recognised!

That was it , time to move on to the British Museum to view amongst other things an exhibition of “Witches and Wicked Bodies” , a fitting supplement to the Terror and Wonder experience earlier.

This was about paintings, sketches, engravings and other artwork examining the portrayal of witches and witchcraft from the Renaissance to the end of the 19th century. There was nothing to say against taking pictures, so we had a field day. The only difficultly was negotiating the crowds, many of whom we noted and recognised from the gothic exhibition earlier.

Macabre, sublime and succinct images by artists such as Dürer, Fusseli, Goya, Delacroix, Burne-Jones and Dante Gabriel Rossetti held the slow snake like processions transfixed . “The magus, or wise practitioner of ‘natural magic’ or occult ‘sciences’, has traditionally been male, but the majority of those accused and punished for witchcraft, especially since the Reformation, have been women” , so stated the museum blurb on the subject of the art. Sadly this was the last day of the exhibition, for us (and hundreds of others) it was a must see! 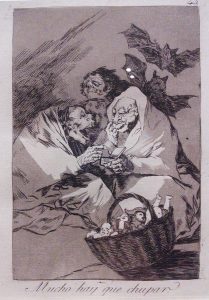 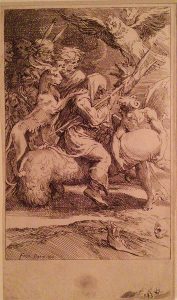 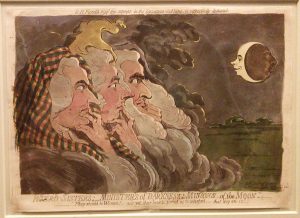 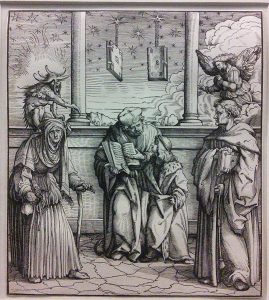 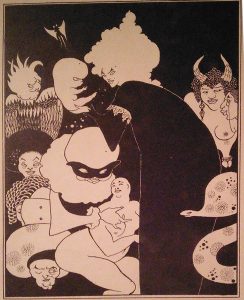 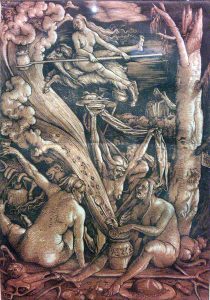 A selection of art from the exhibition. 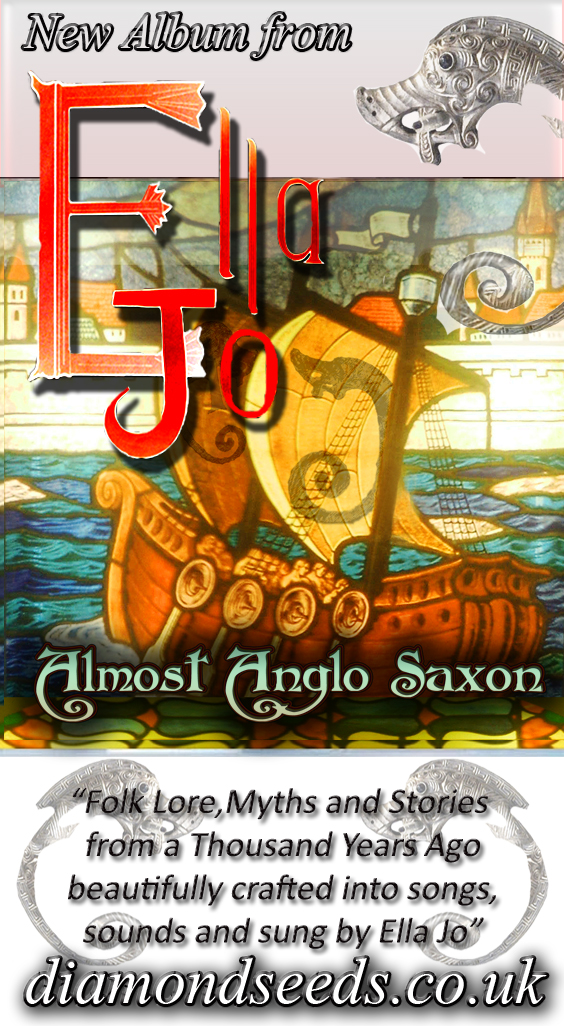 Almost Anglo Saxon a new album by Ella Jo, produced by EJ and Steve Spon, featuring Mel Rogers from Tarantism on Flute, Steve Kerr on Guitar, Ed Branch from UK Decay on Bass, Steve Spon also from UK Decay on guitar and piano and Fiddlin Flick on violin.
Folk lore, Myths and Stories from a thousand years ago, beautifully crafted into songs, sounds and sung by Ella Jo…
“Only a few bars of music survive from Anglo Saxon times, a thousand years ago, but there is evidence of the instruments that they used. We experimented a lot, as the challenge was to write songs relating to that history and produce an album that is musically credible as well as educational. Choosing subjects such as King Ethelred the Un-ready and the folk tale of Wayland Smithy, I wanted to tell the stories as the Anglo Saxons may have known them. I was trying to stand in the shoes of those who witnessed historical moments in Anglo Saxon History, like a woman watching the Viking ships land (in the song ‘Dragon Ships’). I also allowed a modern point of view such as the discovery of buried treasure in the song ‘The Hidden Hoard’, and in ‘The Minstrel’s Song’ I wanted to embrace the place of music in culture and show how highly it was valued in the past.”
For a full interview about Almost Anglo Saxon see http://diamondseeds.recklessrelic.co.uk/

After that with the whole of the British Museum at our disposal and too little time and with fatigue beginning to set in we headed for “Ancient Europe” and particularly the Sutton Hoo Anglo Saxon material. This was befitting because Ella Jo and I have just completed an album project entitled “Almost Anglo Saxon”, which is a collection of (modern) songs depicting myths, legends, life and sounds from the Anglo Saxon period. We marveled at the famous armored helmet and at the Franks Casket with it’s inscriptions of Weland the Smith and at the nearby Lewis Chess set who’s pieces almost comically displaying their bulging eyes and glum expressions.

We also caught a brief glimpse of some of the horrific and dark Aztec material which freaked EJ right out! Very soon we were nearly out of time and in need of a resuscitating coffee, which we drank in the magnificent covered courtyard , just time to enjoy before our journey home.

A very rewarding and enjoyable day. 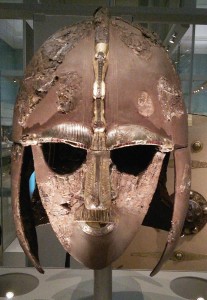 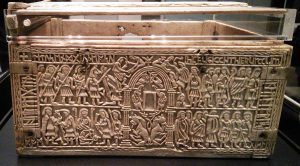 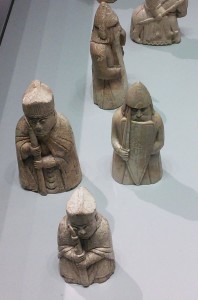